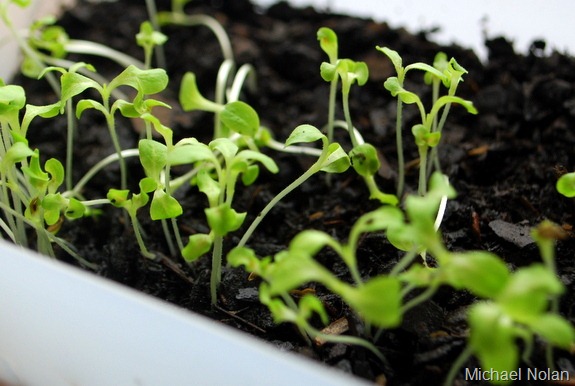 I had the pleasure of interviewing each of the winners last week.  Stay tuned for the interviews – posted here soon. It’s always amazing to speak to people following their passion and doing wonderful work for the world simultaneously.

Awards honor leaders and innovators in sustainable food and agriculture

SAN FRANCISCO, CA (May 14, 2014) – Today, the Natural Resources Defense Council (NRDC) and the Berkeley Food Institute (BFI) celebrate four remarkable leaders who are advancing sustainable food and agriculture at the sixth annual Growing Green Awards. Chosen from hundreds of nominations submitted across the country by a renowned panel of judges, the 2014 winners are changing the way America eats and farms. They have helped transform the nation’s agricultural landscape by protecting insect pollinators from the over-use of chemical pesticides, encouraging pasture-based meat production, educating the next generation of agricultural scientists and building sustainable regional food systems.

“Conventional food production is putting an incredible strain on our health and natural resources,” said Jonathan Kaplan, Food and Agriculture Program Director at NRDC. “These award winners are living proof that there’s a better way.”

“We are delighted to recognize these inspiring leaders. They have undertaken remarkable work to advance sustainable food and agriculture systems through innovative approaches,” said Ann Thrupp, Executive Director of the Berkeley Food Institute.”

The 2014 Growing Green Award winners are:

After decades of raising cattle on pastures purged by pesticides and finishing them on a diet of grain, hormones and antibiotics, Will Harris drastically changed his practices and converted to organic and grass-fed.  His Southwest Georgia farm, White Oak Pastures, has been in Harris’ family since 1866. Yet, by the mid-1990s, Harris started to rethink the conventional shortcuts he used to push his cows to the feedlot. Instead of applying toxic chemicals and synthetic fertilizers, Harris learned to prevent overgrazing, protect water resources, and generally promote soil health through intensive land management and rotational grazing. He went further, sending multiple species (five kinds of poultry, hogs, sheep and goats) through his fields in sequence to control weeds and insects. Green pastures now nourish his animals, which in turn aerate and enrich the land with natural fertilizer. In order to respect his livestock from birth to death, Harris constructed a humane-kill abattoir on site (designed with help from Temple Grandin). He proved his business model is scalable, growing White Oak Pastures from a half million dollar enterprise to the largest organic certified farm in Georgia, taking in over $25 million annually.

“The market demand has developed for antibiotic-free, pasture-raised meats. My own family’s experience is proof that sustainable agriculture is economically sustainable too,” said Harris, “What makes your soil and animals strong, will make your customers healthy, your employees happy, and your investments profitable.”

Sibella Kraus has long called upon cities to embrace the farms at their borders. It was Kraus’ vision as founder of the Center for Urban Education about Sustainable Agriculture (CUESA) that gave rise to San Francisco’s iconic Ferry Plaza Farmers’ Market in 1992. Her articles and advocacy have been a driving force in the Bay Area food movement for decades.  Today, as president of the non-profit organization SAGE (Sustainable Agriculture Education), Kraus continues to foster  urban-rural linkages through the development of urban-edge Ag Parks and the production of agricultural resource assessments for regional planning efforts. A vibrant nexus of organic farm, education center and nature preserve, SAGE’s Sunol Ag Park in Alameda County provides beginning and immigrant farmers with land access and urban dwellers with a connection to their food. Kraus is now spearheading another game-changing project to create an agriculture and conservation resource area within the 7,400-acre Coyote Valley, just south of San Jose—the region’s largest and fastest growing city.  She’s determined to preserve the invaluable connections between farmer and consumer, urban hub and working landscape.

“Bay Area farms and rangelands cover 1.87 million acres and produce almost enough food to feed all Bay Area residents,” Kraus said. “For a fraction of the money running through the virtual-tech world these working landscapes could be protected. The time has come to make investments in agricultural resources and local food systems synonymous with regional sustainability planning.”

Since insect ecologist Chip Taylor founded Monarch Watch in 1992, the organization has enlisted thousands of citizens to protect the monarch butterfly from extinction. The butterfly’s numbers have sunk to ten percent of what they were in 1996, largely because milkweed—the only food source for monarch larvae and where adults lay their eggs—has been wiped out by herbicides and the relentless expansion of corn and soy acres in the Midwest. Based out of the University of Kansas, Monarch Watch has enlisted hundreds of thousands of volunteers each year to track the butterfly’s population and advocate for its protection. Now Taylor is on a crusade to plant new milkweed habitat through Monarch Watch’s “Bring the Monarch Back” initiative. Beginning in 2005, the program has sent milkweed plugs to over 160,000 schools, parks and home gardens, creating vital fuel sources for butterflies on their migration path from Canada to Mexico. For Taylor, the monarch’s decline signals a larger crisis affecting all pollinators, upon whom much of our food system and the food sources of so many animals depend.

“By planting milkweeds and other nectar rich flowers, we offer an invaluable lifeline to monarchs and their fellow pollinators. So start a milkweed project at a school, church or nature center. And spur the demand for food that’s pesticide-free and pollinator-friendly,” said Taylor.

For Regents Professor John Reganold, the best classroom is a farm and the best textbook is a handful of dirt.  In a career spanning more than three decades, Reganold is regarded as an internationally renowned soil scientist and one of Washington State University’s most beloved teachers. He founded the first organic agriculture major in the United States and the nation’s largest certified organic teaching farm at WSU. Backed by academic research from more than a 1000 farms on four continents, he has bravely called upon students, scientists and policy makers to reimagine conventional farming in America.  Reganold has helped train the next generation of sustainability leaders, with over 4000 undergraduate students in his classes to date. He stands at the frontlines of an educational movement, determined to transition farmland away from toxic chemicals and the marks of erosion, toward healthy soils and sustainable, abundant harvests.

“I urge students in my classes to consider soil science in the broader picture of American agricultural policy, because ultimately it’s not enough just to churn data — we have to apply it,” Reganold said.  “We have to stop judging a farm by the size of its yield and start considering the health of its soil, the happiness of its employees and the financial stability of its owners.”

See video (bit.ly/GGAFilm2014) of the 2014 winners and read more about their work in OnEarthand NRDC executive director Peter Lehner’s blog:

New this year, the multi-media award ceremony will be followed by an innovative learning fair reception at the Berkeley City Club. Guests will enjoy food and wine and mingle with winners and leading experts at learning stations. Experts include Professor Chuck Benbrook, who recently published a game-changing study on the greater nutritional benefits of organic milk and Coach Mark Smallwood, who launched the “Your 2 Cents” program to support new organic farmers as the Executive Director of the Rodale Institute in Pennsylvania.

Photos and b-roll available upon request. See NRDC’s Eat Green fact sheet and Smarter Living page about making food choices that are healthier for you and the environment.

The Natural Resources Defense Council (NRDC) is an international nonprofit environmental organization with more than 1.4 million members and online activists. Since 1970, our lawyers, scientists, and other environmental specialists have worked to protect the world’s natural resources, public health, and the environment. NRDC has offices in New York City, Washington, D.C., Los Angeles, San Francisco, Chicago, Bozeman, MT, and Beijing. Visit us at www.nrdc.org and follow us on Twitter @NRDC.

Berkeley Food Institute (BFI) works to catalyze and support transformative change in food systems, to promote diversity, justice, resilience, and health, from the local to the global. BFI envisions a world in which nutritious, affordable food is available for all and is produced sustainably and fairly – ensuring healthy people and a healthy planet. Visit us at food.berkeley.edu and follow us on Twitter @UCBerkeleyFood.