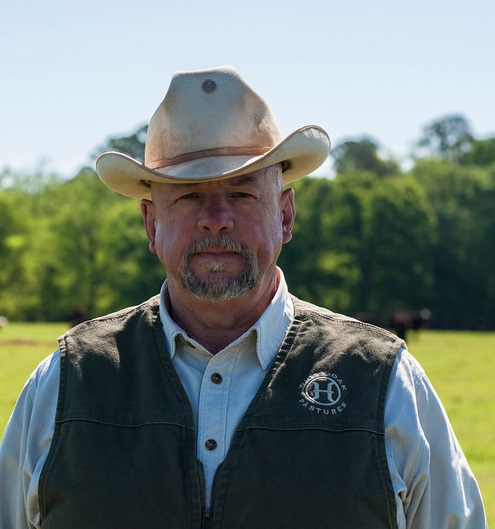 I had the pleasure of speaking with Will Harris, awarded a 2014 NRDC Growing Green Award for his sustainable agricultural methods used on his farm.  White Oak Pastures has been owned and operated by his family since  1866, a quintessential family farm.  After decades of raising cattle using conventional methods,  in the mid-1990s’s he began to move toward more sustainable and organic methods. These methods included removing pesticide sprayed pastures, corn and soy feed and the use of hormones and antibiotics.  So what made him take this very expensive and risky leap?  See Mr. Harris’ answers below.

WHAT MADE YOU RE-THINK YOUR LIVESTOCK PRACTICES BACK IN THE 90’s?

EXPLAIN IN SIMPLE TERMS THE CONVENTIONAL METHOD AND THEN THE ORGANIC METHOD SO THAT READERS UNDERSTAND THE PROCESS:

Agriculture did not change until after WWII, after WWII it changed at warped speed.  We centralized agriculture. We started to have the process done in  huge plants in distant locations, we centralized, industrialized & commoditized the farm. As farmers, we ceased to try to make the crop or the animal of the highest quality it could be, instead the aim was to meet minimum standards. These changes were for a noble purpose, and that was to make food cheap, abundant and safe. And it did that successfully. But unintended negative consequences fell on animal welfare, the environment and the economic demise of rural America.

For the organic method, the farmer is going for the strongest plant, the strongest animal & highest standard rather than the lowest.

WHY DO PEOPLE BELIEVE ORGANIC ISN’T SCALABLE OR EFFICIENT?

The belief that organic farming is not sustainable is perpetuated by large multi-national food companies that support this method and they base that on the premise that organic farmers can’t produce as much food on land as convention. This is true.  But, t hey make incorrect assumption that land is the first thing we will run out of.

WHAT ABOUT THE ISSUE OF TOP SOIL?

No question, farming the way we farm, the health is determined by the organic matter in the soil. When you farm organically, soil is high in organic matter. The way to create healthy and vibrant living matter is to farm without pesticides and use manures to build organic matter.

CAN WE FEED THE WORLD ORGANICALLY?

The earth has a limited carrying capacity — it depends on how many people we have… We can’t increase population in perpetuity.  But, there are more ways that the wheels can come off in the conventional standard.  We will have to do a combination of  methods.

WHAT IS ONE THING READERS CAN DO TO CREATE CHANGE?

There’s only one thing they can do – speak with your food dollar.

The truth is, the system that we have was designed to make CHEAP food.  In organic farming, farmers give up the tools to take out costs in production, we actually add to the cost of producing food.   PEOPLE MUST VOTE WITH THEIR DOLLAR.

WHAT IS THE BIGGEST PROBLEM BLOCKING FARMERS FROM SWITCHING FROM CONVENTIONAL METHODS TO ORGANIC?

The lack of profitability.  Farmers farm for a living.  At White Oak Pastures, we spent $7.3 million dollars to further the product. There was high risk to change over our farm. I went into it with irrational exuberance  and I  didn’t realzie the risk I was taking.

IS IT SUSTAINABLE FOR THE WORLD TO CONTINUE TO EAT MEAT DAILY?

Personally, I believe people evolved to be omnivores and meat is a big part of that. People need to choose for themselves, what is best for themselves and their bodies.

With our relationship with our customers, we have certain methods that we want to use on our farm. That is,  high levels of environmental sterwardship, sustainablilty, being kind to our 110 employees and kind to the animals.  We can’t do these things unless a customer base appreciates how we farm so we can afford to do it. We’ve figured out how to run our farm like that. Finding the customers was harder than figuring out the methods. It’s like a partnership between us and the consumers who buy our food. It’s a partnership with our customers. Finding the customers?  We’re still figuring it out and still improving. It’s a journey, not a destination. We’re always evolving . A very holistic management system always something to be improved upon. We have to be on an eternal quest to find people that want to eat our food.

If you would like to be a new customer of White Oak Pastures, visit them at whiteoakpastures.com .  One of the most important pieces of information I gleaned from this chat with Mr. Harris is that sustainable agricultural practices use less water and don’t affect the water aquifers negatively.  This reason alone is why we as consumers should purchase sustainably raised meat.

White Oak Pastures also focus on building healthy, alive soil so that they have vibrant pastures. As we know as urban gardeners, it all begins with the soil. Learn to build your soil with 3 Simple Soil Building Techniques.