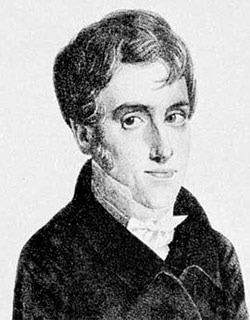 Food preservation has been around for as long as there has been food. The earliest forms of food preservation included drying, smoking and curing. Canning is a more recent innovation, being the discovery of a Frenchman named Nicolas Appert in 1795 who found that he could seal food under glass and by applying heat, make the food safe to be preserved for extended periods without deterioration. A few years later Appert received an award of 12,000 Francs from Napoleon himself and published The Art of Preserving all Kinds of Vegetable and Animal Substances for Several Years explaining his newly-perfected findings. The House of Appert produced its wares according to its founder’s methods and became the first commercial cannery.

Eager to follow in Appert’s footsteps, a Brit named Peter Durand further improved the process by implementing the use of tin cans. In his patent, Durand mentions that he first learned of the process itself through an unnamed foreign friend. Durand’s eagerness ended after being granted a patent for the food preservation method and he sold it two years later. It would be 1822 when canned food was recognized in the United States as being a real thing after Durand made a bit more money for himself by re-patenting his British patent in the U.S. in 1818.

Fast-forward to 2012 and we are a lot more advanced in home canning and food preservation. In addition to canning we have  the luxury of refrigeration and freezing at home. Updated methods have increased both longevity and flavor while scientific advances continue to increase safety. In the coming weeks we are going to look in detail at home canning and food preservation methods to make the most of your urban garden harvest. If you have any questions, please let us know by leaving a comment on any post and we will be sure to address them.