How to Control Aphids 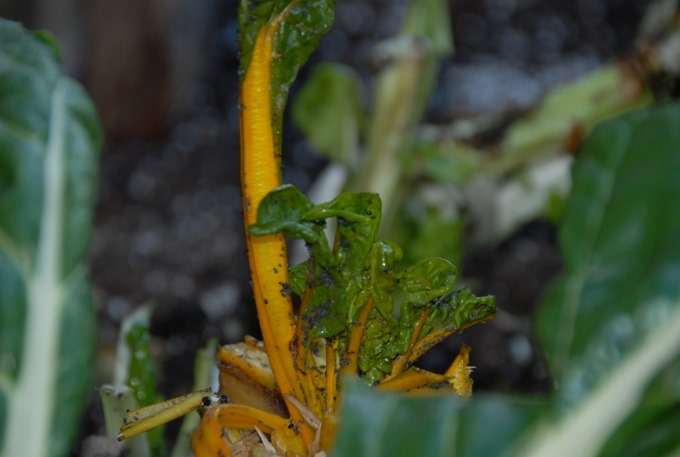 Aphids are one of the more persistent pests in the urban garden, and while you might think that you’re just dealing with one pest, there are actually aphids in several varieties and colors, including green, brown, black, yellow and red that can invade your home garden. They are destructive and prolific, with the female giving birth to as many as a dozen babies known as nymphs every day. Not all aphids need to mate to reproduce, and some species give birth to live young instead of eggs. Most species can go from live birth to fully-functioning adult aphid in 7 to 8 days.

Aphids generally congregated in large groups on the leaves of plants, so diagnosing a problem with aphids is not a difficult endeavor. Unlike other insect pests, aphids don’t seem to be in much of a hurry to get away when they are discovered. Small numbers of aphids are not generally known to damage plants on a large scale, but they can transmit disease among plants so they should be eradicated whenever discovered. 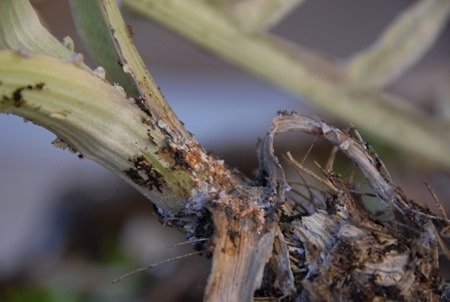 How do I get rid of aphids?

There are several options for eradicating including biological control, cultural control and chemical control.

Biological control comes in the form of predatory insects like the lacewing and the lady beetle that feed on aphids. Cultural controls remove the problem by removing the ideal situation in which the aphid will be best hosted. Ants have a symbiotic relationship with aphids, for example. Getting rid of ants can make it a less hospitable environment for aphids. Keeping Nitrogen levels controlled in the garden can also help. Don’t use more nitrogen than your plants and soil need.

Chemical controls are the most common way of eradicating aphids in the urban garden. Of the options that are available, we recommend the use of Neem oil for controlling aphids. You should know that while Neem oil is exceptionally effective on aphids, you may need to reapply it every day or so until you have eradicated the entire colony in your area. A single application will only remove the aphids that are present at that time.

This gadget is easy to clean up and use, and you will
save all kinds of money in the long run. There are a
lot of advantages to life with all of the fancy gadgets available to us in this
day and age. This can be a nifty little device
that squeezes whole potatoes into perfectly cut fries which are instantly ready for
frying.