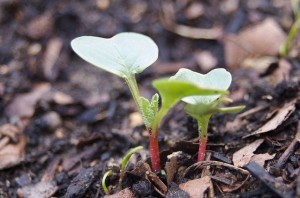 “This is the fifth year NRDC has hosted the Growing Green Awards, and every year we draw from a larger pool of organic farmers, environmental stewards, and social justice leaders. The sustainable food sector is growing rapidly and spreading across the country, because more and more Americans are demanding better options,” wrote NRDC President, Frances Beinecke on the Huffington Post.

Among the 2013 recipients include the Food Producer Award, which went to Russ Kremer—a fifth-generation pork farmer from Frankenstein, Missouri. Kremer’s story is a personal one: a serious antibiotic-resistant infection he contracted from his pigs close to 20 years ago led him to remove antibiotics from his animals’ feed. His pigs are healthier and his business quite successful as demands for antibiotic-free animal products increase. Beinecke says he also now heads up a cooperative of pork farmers with more than 50 members who all raise their animals antibiotic-free.

Los Angeles’ Tezozomoc took home the Food Justice Award for his efforts in protecting the nation’s largest urban garden, located in South Central LA. Tezo recruited 350 members of the Latino community to help protect the garden from destruction (how awesome is that?). The garden is vital to residents of the area who rely on it for access to fresh produce in an otherwise desolate food desert.

Other winners include Brianna Almaguer Sandoval, who took home the Young Food Leader Award for her work in starting the Food Trust’s Healthy Corner Store Initiative in Philadelphia, which brings healthy food options to local corner stores. And Larry Jacobs, the Business Leader Award  winner, is the nation’s largest producer of fresh organically grown pesticide-free herbs. He’s also a founder of the Del Cabo Cooperative in Mexico, where 1,000 family farms are able to grow organic food.