The Hidden Dangers in Garden Pesticides 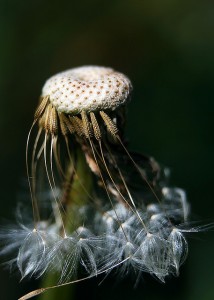 They fill in the aisles and springtime displays of most every garden supply and home improvement store. Garden pesticides are so familiar it can be hard to see them as the enemies they truly are. But the dangers lurking within those common products are known toxins, some of them hidden unlabeled on the product packaging.

As it turns out, pesticide manufacturers don’t actually have to disclose all of the ingredients in garden pesticides. Roundup, the popular Monsanto herbicide common in both commercial agriculture and home garden use, is known for its main “active” ingredient, glyphosate, which on its own has been connected with numerous health issues. But unlabeled ingredients, particularly adjuvants like POE-15 (polyethoxylated tallowamine), also have harmful health effects, even though the industry considers many of them inert, which is why they’re not required to be on the labels. Recent research found these ingredients to be toxic to human cells.

Creosols are another example of an inert ingredient; one the EPA considers “hazardous waste.” They’re known for producing eye and skin irritations, kidney failure, pancreatitis and a number of other ailments. Naphthalene is listed as an inert ingredient in some pesticides but as active on others, according to the nonprofit environmental and human health group, Beyond Pesticides.

According to Beyond Pesticides, “under the Federal Insecticide, Fungicide and Rodenticide Act (FIFRA), pesticide manufacturers are only required to list the active ingredients in a pesticide, leaving consumers and applicators unaware of the possible toxics present in the inert ingredients of pesticide products they are using, unless the EPA administrator determines that the chemical poses a public health threat.”

To make matters even more confounding, pesticide manufacturers say that revealing what inert ingredients are in their products would reveal their “trade secrets” potentially giving their competitors an edge on copying their formulations. So it’s in the chemical companies’ best interests to keep the labeling of inert ingredients unregulated.

Protect yourself—and your garden—by avoiding commercial pesticides. Use natural methods to prevent insects and weeds from taking over.  Not only are chemical pesticides toxic, but plants and insects have shown increasing resistance to them too, making it more difficult to kill pests with these products.

Hello
I was hoping to subscribe to your newsletter but when I put my zip (postcode here in Australia)
it wont accept it. Seems you only have the newsletter for USA???
Cheers
Di

Thank you very much for all your suggestions , I find them very useful ,,,, thank you !!!