Want to Save the Rainforest? Plant a Vegetable Garden 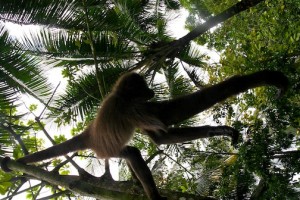 The world’s rainforests are in jeopardy. Globalization, for all its many helpful offerings, takes unbelievably harsh tolls on our world’s precious and limited natural resources. Industries deeply connected to our food supply are now essentially waging war on valuable rainforests around the world.

According to National Geographic, “During the past 40 years, close to 20 percent of the Amazon rain forest has been cut down—more than in all the previous 450 years since European colonization began.” And,  the percentage could actually be higher than that as a result of selective logging, a practice not as blatant as clear-cutting. “Scientists fear that an additional 20 percent of the trees will be lost over the next two decades. If that happens, the forest’s ecology will begin to unravel.”

And that’s just the Amazon. Vital forests in Indonesia, Asia and even Canada’s Boreal Forest all face similar predicaments. Whether logging, transportation, cattle, soy or corn farms, precious ancient rainforests that took thousands of years to grow, are disappearing from sight in a matter of seconds.

Aside from producing oxygen for our planet, rainforests are home to countless animal, plant and insect species. People live there too. They produce some of our most prized foods, medicines, flowers, stories. Interwoven into each jungle is a blueprint for a unique ecosystem that thrives with functionality as well as awe-inspiring beauty. To lose our forests is more than just tearing down trees; it’s tearing down our history and our future at the same time.

But it doesn’t have to be this way.

While you can make informed purchases—noting products, brands and companies that support the preservation of our world’s vital forests, there is another, even more powerful step you can take. It’s one you probably never thought about: grow your own food. That’s right, a garden can prevent rainforest loss.

By taking your own nourishment into your own hands and out of the hands of corporate greed, you decrease the demands for those products. Processed foods rely on corn and soy derived products in exceedingly large amounts as well as palm oil and dairy products that too may come from a rainforest.

When you stop buying packaged foods you decrease your dependency on paper products, which slows logging. Walking outside to your garden for fruits and vegetables eliminates transportation of foods by trucks, which rely heavily on fossil fuels that pollute and damage our precious rainforests. You save water, too. It’s a precious resource drying up around the world, especially in our vulnerable rainforests.

Do more than just plant a garden for fruits, vegetables and flowers. Do it to reclaim this planet, to bring it dignity, fecundity and balance. Plant a garden. Save a forest.

Next post: What are the Real Dangers of Genetically Engineered Food?