Where Did the Worms Go?

I sat down the other day to write my next entry about worm composting to discuss how easy it is, how great it is, etc. etc.  After all, I’ve been successfully raising my worms for over a year. But before I began writing, I decided to visit my little worms to see how they were doing.

I hadn’t fed them in about week or so and thought they might be hungry. And to my chagrin, I found that my worms were DEAD, GONE!!! Oh no, what did I do wrong? My heart sank, my urban farmer confidence shrunk, and I felt so sad.  I noticed a few things: ants, a white fuzzy mold, tiny white, thin worms (were those new baby red worms?) and lots of critters running around that weren’t worms.

I called Malibu Urban Worms (the place where I bought my once vibrant worms over a year ago).  I awaited their response with baited breath. Meanwhile, I looked up “dead worms in worm composter” in Google and got a few answers, but none that satisfied me. I wanted to speak to the expert myself.

Thankfully, Lara from Urban Worms called me. She told me not to worry, that sometimes the worms die from the heat or overfeeding.  After our worm discussion, this is what I concluded:

And for the other activity that I observed in the worm bin? 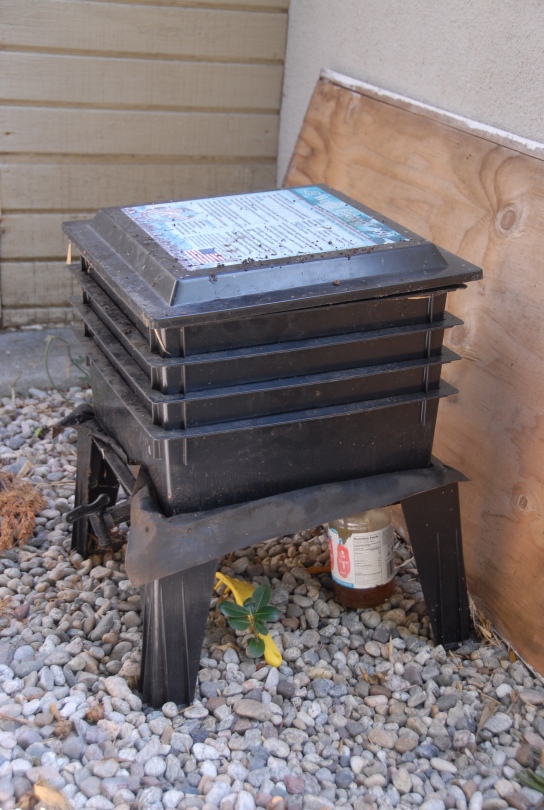 It has been a couple of weeks now and my new worms are fabulous.  Soon I’ll have more castings and worm tea to feed my garden.